Lewis’s words prompted me to dig back into the archive of the women’s suffrage movement–and I found some important reminders there.

One November 5, 1872, Susan B. Anthony, a veteran of the women’s suffrage movement, peacefully and purposefully broke the law. Along with a small group of other women activists, she cast a ballot in Rochester, NY, in the US presidential election—decades before American women had the right to do so. 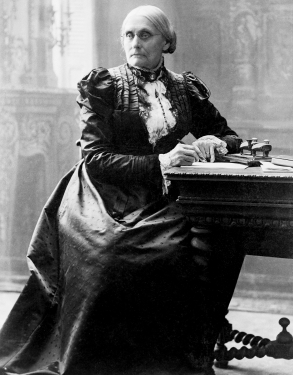 Arrested and put on trial, Anthony was found guilty, but she refused to pay the $100 fine. Instead, some weeks later, she made a speech.

Quoting from the Constitution, she challenged her listeners to honor its vision of “a more perfect union.” She pointed out that the visionary invocation of “we, the people” must necessarily incorporate “the whole people,” including women. Yet, with women still being denied the franchise, she observed: “The only question left to be settled” was “Are women persons?” And if the answer to that question were yes (since, in Anthony’s determined assessment, those opposed would never “have the hardihood” to declare women un-persons), “Being persons, then, women are citizens.”

Anthony’s determination to continue pushing for suffrage would not be rewarded during her lifetime. The Nineteenth Amendment would not be ratified until 1920. Anthony had died in 1906.

We should celebrate Anthony’s decades-long devotion to the cause.

But in this current era we must also build coalitions that honestly critique past limitations in women’s political organizing as, too-often, marginalizing non-white women. Thus, we must acknowledge the ways in which white leaders of Anthony’s generation failed to make their networks as welcoming as they should have. The suffrage movement launched in Seneca Falls, New York, with the Declaration of Sentiments in 1848 focused through its early years on white women’s gaining access to the vote. 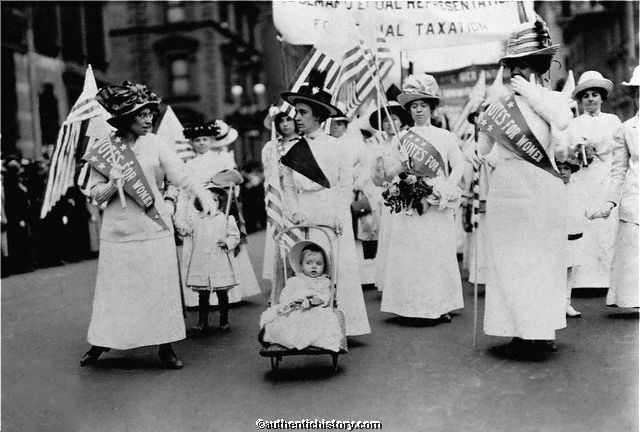 Some black activists found ways to insert their voices into the chorus calling for an expansion of suffrage to all women. Frances E. W. Harper was one of these. In speeches and print publications in a range of genres, Harper enacted a persistent rhetoric of inclusion—a rhetoric demanding that her white sisters acknowledge what today we would reference as the intersectional differences in individual experiences of American womanhood even as we also seek to promote solidarity.

From a platform she shared with Susan B. Anthony and Elizabeth Cady Stanton during the National Women’s Rights Convention of 1866, Harper advanced both themes: the distinctive challenges of being a black woman in America as well as the opportunities for alliances between whites and African Americans. She addressed her white sisters both as partners in a cause and as one well aware that they had been complicit in hundreds of years of black suffering:

We are all bound up together in one great bundle of humanity, and society cannot trample on the weakest and feeblest of its members without receiving the curse in its own soul. You tried that in the case of the Negro. You pressed him down for two centuries; and in so doing you crippled the moral strength and paralyzed the spiritual energies of the white men of the country. When the hands of the black were fettered, white men were deprived of the liberty of speech and the freedom of the press. Society cannot afford to neglect the enlightenment of any class of its members.

In a prescient description of the dangerous future awaiting the nation if white women (and men) failed to embrace people of all colors as fully recognized citizens:

This grand and glorious revolution which has commenced, will fail to reach its climax of success, until throughout the length and brea[d]th of the American Republic, the nation shall be so color-blind, as to know no man by the color of his skin or the curl of his hair. It will then have no privileged class, trampling upon and outraging the unprivileged classes, but will be then one great privileged nation, whose privilege will be to produce the loftiest manhood and womanhood that humanity can attain.

Her call to action invoked language anticipating future writing by leaders like Ida B. Wells-Barnett and W. E. B. DuBois, as well as Martin Luther King, in advocating for civil rights and the rights of all poor people.

Harper envisioned the full and mutual respect of being “all bound up together” as necessarily conjoined with ballot box rights:

You white women speak here of rights. I speak of wrongs. I, as a colored woman, have had in this country an education which has made me feel as if I were in the situation of Ishmael, my hand against every man, and every man’s hand against me. Let me go to-morrow morning and take my seat in one of your street cars-I do not know that they will do it in New York, but they will in Philadelphia-and the conductor will put up his hand and stop the car rather than let me ride. 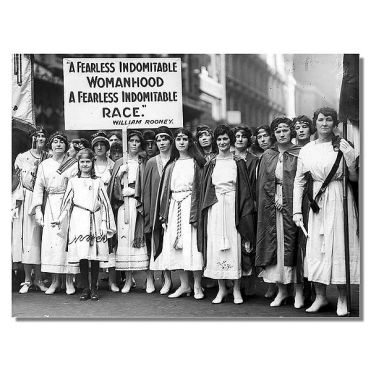 Harper knew that being given legal access to the ballot box would, ultimately, have only limited value if the full humanity of those marginalized by a sense of white racial supremacy were not welcomed into any streetcar as fellow passengers on a shared American journey, invited to sit at the same table in communal meals celebrating a genuine national community.

Voter suppression becomes a desirable goal only if we see some citizens as less worthy than ourselves. Whether a nineteenth-century “grandfather clause” or literacy test, a twentieth-century poll tax, or a twenty-first century closure of voting places and purging of voter registrations—denying fellow citizens access to the ballot box happens only when we perceive them as Other, as less than who “we” are.

Full enfranchisement for all members of the would-be American community will be achieved only when—while acknowledging our differences in identity, background, and lived experiences–we also affirm Harper’s view that we are “all bound up together.” Such a recognition would include accepting responsibility for our past failures to seek true inclusivity. Such a recognition would also entail rejecting voices that cultivate division and hatred—voices that enable violence against others whom we perceive more as different from us, than as part of the idealized community the Founders themselves only partially achieved.

2 thoughts on ““We Are All Bound Up Together”: Embrace the Powerful Heritage of Frances E. W. Harper’s Women’s Suffrage Rhetoric”