One story offers a compare-contrast parallel between a student’s move from an out-of-state home to the TCU campus and her grandmother’s mixed-emotions relocation from a beloved house to assisted living.  Another student author draws on an extended conversation with his father, describing episodes of the family’s extended period of homelessness during that dad’s growing-up years; the riveting account shares vivid details of challenges the student author had never before fully known about before asking his dad for an interview in connection with our class assignment. Yet another recounts a dialogue whereby, for the first time, the senior English major heard about her grandma’s brave decision to leave an abusive KKK-affiliated spouse and relocate, all alone, to Texas.  One thoughtful first-year student interviews an asylum-seeker from the Middle East who came to her California hometown and uses a record of that conversation to reflect on shifts in her own thinking about immigration policy. A senior History-English double major explores his trepidation about the upcoming graduation moment requiring him to find a place to live where his new job awaits—but no familiar faces. Another student—who is combining her English major with a certificate in Comparative Race and Ethnic Studies (CRES)—uses the latter academic lens to revisit her family’s immigration from Vietnam to the US and the pressures her parents faced in adapting to a new culture. Still another describes how attending a “visit day” at a rural community college to support a local friend’s exploration led to his deciding that he, too, might enroll there, and how that first move away from his small Texas town eventually brought him to TCU as a transfer student.

These are just a few of the compelling and thought-provoking stories students from some of my classes at TCU have written about in recent semesters, since I inaugurated a narrative-writing assignment as the first project in a course on cultures of migration and diaspora.

When first envisioning the project over a year ago, I suspected that my students’ skills for inquiry, reflection, and writing could inform our study of a complicated theme: how migrations and diasporas shape, and are shaped by, complex cultural forces. I was surprised, though, at how powerfully these stories—which I alert them ahead of time they will share with each other—have also helped forge interpersonal bonds in the classroom. By inviting students to craft stories about a move from one homeplace to another—their own recently, or a family members’ from the past, or some other interviewees’—I’ve found connecting points enabling me to align our curriculum with themes and questions that really matter in their daily lives.

And, on an affective level, I’ve recovered a pathway back to one of the more affective goals that drew me to teaching in the first place: building positive community along with shared content knowledge. These days, with divisiveness so much a part of our national-level landscape, cultivating community can, admittedly, be challenging, but it’s also a never-more-needed goal.

I began my career as an educator in K-12 settings. Anyone working with pre-college students has heard the mantra about bridging between home and classroom, between the personal and the curricular content. K-12 schools have a long tradition of dedicating resources and teacher time to this goal. As a schoolteacher and a parent, I’ve participated in virtually countless Family Nights, where families could meet their kids’ teachers. As a K-12 educator, I spent many hours on field trips where parent chaperones helped reveal less obvious sides to their children’s personalities.  I’ve sponsored many a co-curricular club, where I had the chance to get to know my secondary school students in different ways than in their academic courses. There’s a big file drawer, for instance, that holds my favorite newspaper issues from multiple years serving as student journalism sponsor.

When I shifted from K-12 to university teaching, in the mid-1990s, one surprising change was encountering a seemingly purposeful divide between home-based experiences and the educational institution. For example, when the then-new Chancellor for the University System of Georgia gave a talk just before the start-up of the academic year at Kennesaw State (site of my first post-doctoral job), he elicited a knowing laugh from the audience of faculty and staff by calling college a “half-way house.” He cast our work as designed to transition students away from home and into “independent lives” and successful careers. Privacy-protecting regulations like those linked to FERPA make the classroom-home dividing line rather official for students over 18: their parents (even if paying all the tuition and fees) have no more access to official records or “insider” information about how someone is doing in course work than would a stranger. I understand the reasons for such regulations. But they also contribute to a culture separating university life from home-based experiences. In that vein, I’ve been hesitant to intrude into the personal lives of my university students, beyond what might assist my writing of a convincing recommendation letter for graduate education or post-college employment.

These days, however, I’m sorry not to have paid more attention to productive counter-forces resisting that university-home divide. Family weekends going on at colleges all over the US during this autumn season represent one worthwhile example. Yet, beyond perhaps attending a reception/open house and chatting with attendees there, faculty have pretty limited roles in such endeavors. And even the most attentive listener at such an event gleans only limited knowledge about how individual students’ lives away from campus can support their learning—while helping us be better mentors and revealing meaningful new paths to academic knowledge in our courses as well.

In a modest but notable way, I’ve been trying to reconnect classroom and home, disciplinary study and interpersonal learning, via the assignment I created for the course referenced above, on migration and diaspora in global American culture. For their first research-and-writing task, I’ve been asking my students to prepare an experience-based narrative about a move to a new home. Their story can be a memoir, an interview-informed account, or a blending of the two. Along with their written narrative, I ask students to include several well-chosen images. These photos and related visual design elements, woven into their written texts, ground students’ stories in a medium where their generation’s skill at reading and producing media-enhanced texts help their accounts speak convincingly to their peers. 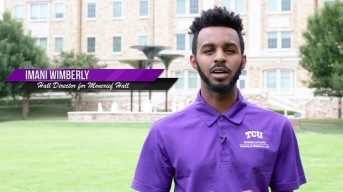 Students read each other’s work at various stages in their research and composing process. We hold a workshop for small-group feedback on drafts. Later, they deposit their stories into a shared digital folder that all class members can access. In one course that I taught last spring, I added a follow-up assignment asking everyone not only to read a broad sample of stories from the whole set, but also to write up analytical comments on five or six individual phrases or sentences in different narratives where they felt their peers had produced especially powerful story-telling. What I hoped would help this freshman class come to appreciate about “close reading” as a literary-interpretive technique paid broader dividends in their later writing for the course as well. At the end of the semester, when we all wrote reflections on meaningful take-aways from the class, a number of students pointed to this moment as revelatory affectively too: they found important connecting points with classmates, and ties between classmates’ experiences and the course topics about historical diasporas we were studying through professional authors’ work. They also spotlighted ways that attentive reading of their classmates’ stories had encouraged them to listen to each other during class discussion, and to continue noting links between the content of their courses and their own lives.

I’m sorry I was so slow to find my way to this assignment as a productive way to start a course through student writing, then to build on those texts across the semester. I’ve grateful, though, to my students for being such generous teachers, of each other and of their professor, in a time when moving doesn’t always have to mean separation—when writing can help us celebrate and foster a much-needed path to family ties.